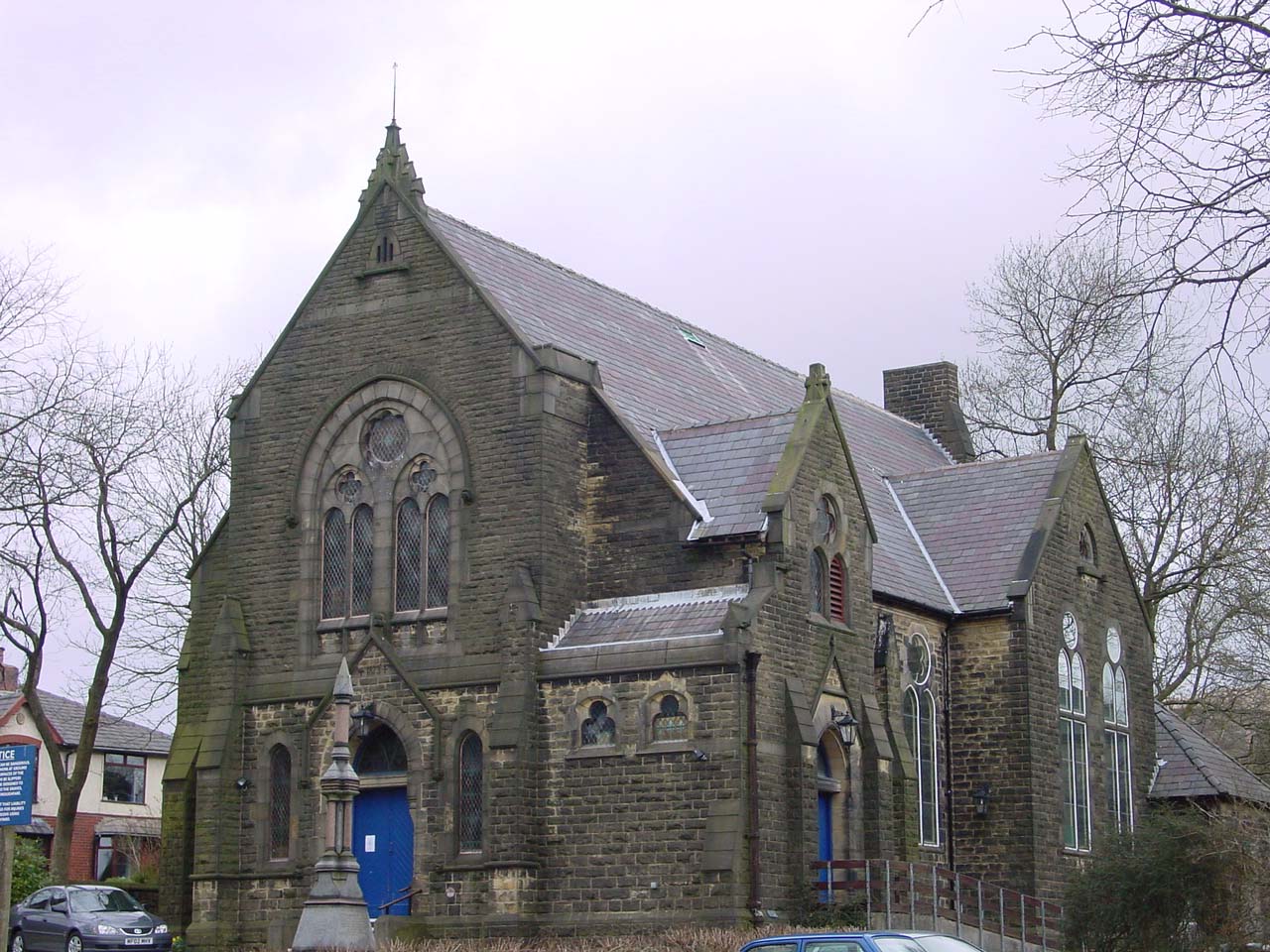 On 11 February 1837, Joseph Gill the Minister of the Independent, Egerton Chapel at Turton, completed a questionnaire for the ‘Commissioners for enquiring into the State, Custody and Authenticity of Non-parochial Registers’ and signed along with John Haslam (Trustee) and Jonathan Wood (former Minister). Other trustees were named as Joseph Walch (Deacon), Revd. W. Jones and John Kershaw. The baptism and birth register, which had been in existence since Egerton Chapel was built in 1812, was then sent to the Commissioners in London to be archived. The baptism and birth records presented here have been extracted from an LDS film of the register now housed in the Public Record Office London. The registers originally had no page numbers, but were stamped when archived (two leaves per page): these are the numbers referred to here. Entries were numbered each year from 1812-1818 when Joseph Gill took over as minister on ‘the Second Sabbath in April 1818’.

From The Bolton Journal and Guardian, Friday, April 9 1937, reproduced here by the kind permission of the Bolton News.

The history of congregationalism – or Independency – in Egerton is indeed notable. This has, in fact, been claimed as the oldest Independent congregation in Lancashire.

It can trace its story back to the old Walmsley Chapel, which was once a chapel-of-ease to Turton Church.

The Rev. Michael Briscow, who was minister at the chapel in 1648, stoutly defended the principles of Independency. During his ministry the Walmsley congregation was approached by the church at Altham, who put forward a scheme for amalgamation.

The suggestion was carefully examined and gradually the two churches came into close co-operation and combined effectively for many years. Mr Briscow was ejected in1662, under the Act of Uniformity and afterwards removed to Toxteth Park, Liverpool, where he became joint pastor with the Rev. Thomas Crompton, a Presbyterian.

Mr. Crompton preached to the Presbyterians and Mr. Briscow to the Independents on alternate Sundays.

The Walmsley congregation had to endure considerable persecution, and were driven to worship in valleys and other secluded spots, where they could escape the notice of the enemies of Nonconformity.

Mr. Briscow’s successor was the Rev. Thomas May, who was pastor in 1670. He was succeeded in 1687 by the Rev. Charles Sagar, by which date a greater spirit of tolerance was abroad.

In 1704 the Walmsley congregation was still without a place of worship, but in that year a licence was obtained for services to be held in the kitchen of Mr. Dewhurst’s farmhouse.

This building later became part of the Globe Inn at Egerton.

A quaint chapel, which had stone steps leading up to the gallery, was built about 1713, and in 1745 this building was besieged by a mob of fanatics from Tonge Fold, Bolton.

A band of men is said to have set out from Tonge Fold determined to burn the Nonconformist chapel down. They had a long way to march, however, and news of their intention reached Egerton before them.

The Nonconformists were not lacking in courage, and they determined to defend their chapel at all costs. All the menfolk of the congregation were summoned, and they arrived with guns, pistols, scythes and axes.

Once they were all in the chapel the doors and windows were barricaded. Then holes were bored in the doors, and through these holes the guns were pushed.

When the mob arrived the attackers met a surprise. They had expected to march up and set fire to the building without any trouble. They had certainly not expected resistance. When they saw the guns they halted, held a discussion – and then retreated to Tonge Fold.

Gradually there grew up a difference of opinion among members of the congregation, and eventually there were two sections holding different beliefs – what would now be called Unitarians and the other Congregationalists.

The latter, then known as Independents, left the chapel in a body to form a separate congregation in the early part of last century. For a time they worshipped in barns, and then in a mill, until they built a chapel in 18… in one of Mr. Dewhurst’s fields.

In July, 1873, the foundation stone of the present Egerton Congregational Church was laid by the late Mr. John Hayworth, of Longworth Mills. The total cost of the building was £3,500. Thanks to the generosity of Mr. E.C. Deakin and his sons this amount was quickly raised.

The church is Gothic in design, and will seat nearly 600 worshippers. The architect was the late Mr. Cunliffe. The opening services took place on August, 1874, one of the preachers being Dr. Dale.